Susanne Bentley (NZ/BE) is a contemporary dancer, improvisor, teacher, coach and choreographer. She has been working with others and on her own projects in New Zealand and Europe since 1996. In NZ she worked with companies such as Touch Compass, Opera NZ and Weta Productions (Peter Jackson- film), and was a founding member of Curve Dance Collective. In 2000 she was a danceWEB scholarship holder at ImPulsTanz (Vienna). Since then she has performed with companies such as Superamas, Cie. Fabienne Berger, Les Ballets C de la B, Maria Clara Villa Lobos, Poni, Bal Moderne a.o.

She has created her own works, often solo, since 1994, either choreographed or improvised. From 2002 – 2009 she made music and performances with electronic musician Peter Van Hoesen as Bent Object. She is also a founding member of SoloConversations Dance Collective, performing improvised pieces since 2007. She established the non-profit organisation Expansive Being in 2012, dedicated to encouraging, supporting and promoting artistic expression in all its forms.

For a more detailed bio see The Full Story below, or CV download. 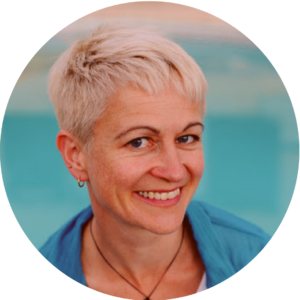 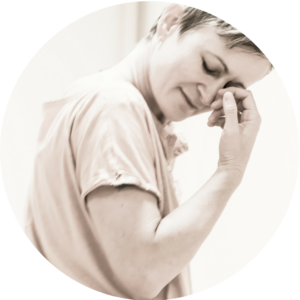 The way I work

In my craft or artistic production… I am inspired by and use sound and rhythm heavily in my performances and daily life. I love bass frequencies, but also play the ukulele. I have researched the biological effects of infrasound, and am constantly exploring the impact of movement on the voice and vice versa.

The written and spoken word are very important in my work, attached to movement or otherwise. I believe in the power of the human voice. I write lyrics, prose and poetry when the inspiration hits.

I like to immerse audiences in an experience as well as making frontal performances. I often bring performance to public spaces, and environments other than theatre stages. I enjoy sharing dance with the general public, including encouraging participation by people from all walks of life eg. Bal Moderne, Touch Compass Dance Trust.

I am also a very visual person: I engage actively when watching performances and have developed my outside eye and feedback skills extensively. I am very aware of my own aesthetics and believe I can help others to develop theirs.

As a teacher & artistic coach… I am interested in facilitating others’ learning- guiding personal growth rather than imprinting people with my stamp. I want to share the joy of personal expression through movement and performance with everyone, from beginners to professionals. Having fun and creating a positive, supportive environment are two of the most important factors in my classes.

My classes are carefully structured to warm, inspire movement and give tools to participants according to the demands of the work. Because of my improvisational skills I can easily change approach if something is not working, or new information needs to be given.

My courses are tailor-made: I aim to give what I see is necessary to a group or individual- whether it’s acting students, amateurs or professional dancers. I often use a coaching approach, questioning a lot to promote thinking movers rather than copycats. I give personal feedback and take care that everyone is integrated into the group.

Susanne Bentley (NZ/BE) is a contemporary dancer, improvisor, teacher, coach (life coaching & artistic) and choreographer. She has been working with others and on her own projects in New Zealand and Europe since 1996. In NZ she worked with companies such as Touch Compass, Opera NZ and Weta Productions (Peter Jackson- film), and was a founding member of Curve Dance Collective. In 2000 she was a danceWEB scholarship holder at ImPulsTanz (Vienna). Since then she has performed with European companies such as the Superamas (AT), Cie. Fabienne Berger (CH), Les Ballets C de la B, Maria Clara Villa Lobos, Heine Avdal/Foton, Poni (BE) a.o.

From 2002 – 2009 she made music and performances with electronic musician Peter Van Hoesen as Bent Object. Together they released a music dvd In human format, with visuals by FoAM in 2006. This they also performed live in Montreal, Amsterdam, Sperlonga and Brussels. In 2007 they premiered Winning…, a dance theatre performance using sensor technology, co-produced by Buda Kunstencentrum. In 2008-9 they created Below 20 supported by Workspace Brussels, Netwerk, Vooruit, Stuk & Pianofabriek. This piece was an immersive environment performance, using infrasound. Susanne reworked this material later under the title Unknown Unknowns I & II.

In 2007 she founded a Brussels-based performance improvisation research group which became SoloConversations Dance Collective. This group practiced and performed improvised pieces in festivals, onstage and in public spaces in Belgium and internationally until 2017, including evening length works Evolve (2013) and The Grave is Yawning (2016).

Susanne has also been performing and teaching regularly since 2002 throughout Europe for Bal Moderne & with Ik en den Théo. She established the non-profit organisation Expansive Being in 2012, dedicated to encouraging, supporting and promoting artistic expression in all its forms.

Susanne became addicted to pole dance after coaching 4x Belgian champion & world finalist (ranked 11th) Sarah Cavenaile. She also taught pole dance for Sarahcademy 2013-17, choreographing pole show girl routines as well as combining contemporary dance with the pole for Sarahcademy and ImPulsTanz Festival. She debuted as a pole show girl in at Brussels Pride Festival in May 2014, choreographing and performing in the shows ‘Searching for love’, and InHuman as well as MCing and organising the Pole Fusion Festival (artistic pole) from 2014 – 2016.

Alongside all this, she and her partner are parents of twins Alex & Lila born in February 2017.

This website uses cookies to improve your experience while you navigate through the website. Out of these, the cookies that are categorized as necessary are stored on your browser as they are essential for the working of basic functionalities of the website. We also use third-party cookies that help us analyze and understand how you use this website. These cookies will be stored in your browser only with your consent. You also have the option to opt-out of these cookies. But opting out of some of these cookies may affect your browsing experience.
Necessary Always Enabled

Any cookies that may not be particularly necessary for the website to function and is used specifically to collect user personal data via analytics, ads, other embedded contents are termed as non-necessary cookies. It is mandatory to procure user consent prior to running these cookies on your website.

SAVE & ACCEPT
Go to Top